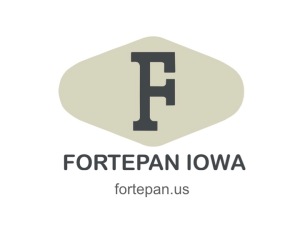 Fortepan Iowa is a research-based, student-centered project conducted at the University of Northern Iowa between three different departments, in two different colleges, across four different disciplines. Bettina Fabos in visual communications and Sergey Golitsynskiy in computer science, from the Communication Studies Department, Noah Doely in photography from the Art Department, and myself in public history, from the Department of History are working to create an interactive digital platform for collecting, archiving, displaying, and utilizing amateur photographs of Iowa’s past.

The project embodies our individual specialties in creating digital platforms, collecting and documenting historical images, and displaying and interpreting those images, and it represents our collective commitment to open-source platforms and to student training. It also showcases the history of Iowa because the images it contains are of events and places throughout the state taken between 1860 and 2000, the era of print photos.

The name of the project itself, “Fortepan,” comes from the widely popular film paper made by the Hungarian company Forte and stands in for the idea of amateur photography. Fortepan Iowa is the sister site to the original Fortepan project.

The project is designed to showcase the snapshot, the ubiquitous window into the life of the ordinary citizen. The images featured on the project’s homepage have been curated for their aesthetic and documentary value. These images are arranged photograph by photograph chronologically along an interactive timeline, which users can use to browse through the collection year by year. All the images are scanned at a high resolution and available for download and use under the Creative Commons Attribution-Share Alike 4.0 International Public license. These ideas collectively comprise what we call the Fortepan Concept.

Our students have largely been responsible for the core of the collections by documenting and digitizing these photographs from their own families and communities. In doing so, they have not only built a digital archive from the ground up, they have learned much about digital platforms and culture, archival and collections work, and working collaboratively.

The platform itself, called Kronofoto, is an original work unique to the project. The project collaborators have engineered it from the ground up to privilege the visual image, similar to the original Fortepan, but to also interpret the collections in a variety of ways. Currently, users can browse the images chronologically along the timeline, through individual collection, and by donor. But we designed Kronofoto to be highly malleable.

We are currently working on a spatial interpretation of the collections through an interactive map of the state and tagging individual images so that users can browse them by subject. We will also be adding excerpts from oral history interviews to some images to allow users to listen to the stories that accompany these photographs. Lastly, we are continuing to add to the collections by integrating all the donated images, including those not featured on the homepage. We intend to allow users to contribute their own images and stories, thereby making the project’s platform a bridge between professional archiving and citizen participation such that it becomes a pathway to create citizen archivists and empowers communities to document their own history for themselves.

The project has been funded by Humanities Iowa and through a university Capacity-Building grant and it launched in March 2015. To date, the Fortepan Iowa project has involved more than 165 students, worked with 200 donors, and collected and digitized almost 5500 images, nearly 2000 of which are currently featured on the public website. We are continuing to grow the archive, to improve the digital interface, and to use it to train and educate new cohorts of students. We will also be applying for grants from the National Endowment for the Humanities to continue to fund the project’s infrastructure and to prepare the Fortepan Concept and Kronofoto for public release.